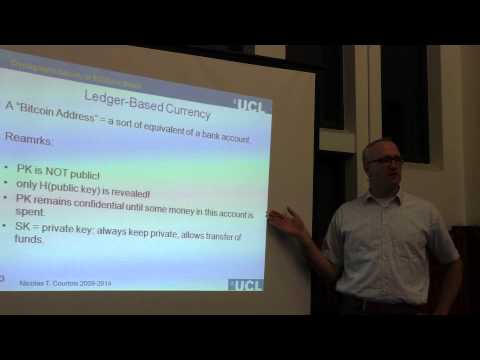 The thee pillars of Monero

Wikipedia has "pillars", foundational commitments which guide its develoments. Similarly, Monero has three pillars.
The three pillars of Monero are privacy, decentralization and scalability.
Now what does it means?

Monero is true electronic cash. With Monero, you can know that a transaction occured, but not whence, how much and whither, whilst it is getting increasingly easy to trace Bitcoin (mixers, tumblers… do not work). See this illustration on how it positions compared to Bitcoin and this animation on how it works. Monero is a cryptocurrency that is based on the CryptoNote protocol and reference code, and that seeks to provide absolute transactional privacy (fluffypony).
But Monero is more than a currency. Its official slogan is "secure, private, untraceable" for a reason. Other transactions than the monetary ones benefit from it. You may not want anyone to know you signed this contract. You may not want the forthcoming blockchain-powered internet of things cloud around you to be accessible by anyone, and this requires an opaque blockchain, that Monero provides.
We hired academic cryptographers to review and improve the security of Monero and started an external audit as well. Even Bitcoin developers and independent cryptographers (Andrew Poelstra/andytoshi, Gregory Maxwell, Nicolas Courtois) speak high of Monero and Cryptonote.
Finally, security is a chain as strong as its weakest link. What is privacy of the transaction worth if your IP is revealed? This is why we are teaming up with Privacy Solutions to have an i2p router implemented in Monero. IP obfuscation, amount obfuscation, recipient obfuscation, sender obfuscation.
May I remind everyone that privacy is more than drugs and illegality? Are you ready to give everyone (EVERYONE) read access to your bank account? Would your like your ex-wife, your son, your boss, your neigbour or (particularly if you are a company) your competitor to know how much money you have, where it comes from and what you doing with it, forever (and no, multiples addresses or mixers or tumblers just don't work)? Would you like your landlord to know that you just got some money, so s/he can raise the rent? Privacy is also making it possible for journalists fighting for the freedom of press to do their jobs when there are in a dictatorial (or not-so-dictatorial) country. This is also about not being incriminated because your money was tainted (two transactions before, it went from drug dealing, for instance).Countless studies showed that people behave differently when they know they might be watched.
As tacotime (a core team member) said back in April, when Monero was only one week old, Fuck the pump and dumps, we're here to create something with value that people can use.

Despite being decentralised at heart, cryptocurrencies are increasingly centralised. Webwallets, exchanges, pool mining and cloud mining, centralised seedings or masternodes… All of this is susceptible to attacks (both technical or legal - remember that "legal" doesn't necessarily means "legitimate"). Whilst Monero is decentralised mixing.
By contrast, we are trying hard to keep Monero decentralised. Our domain names for the most parts are meant to be resistant to such attacks (gun.io on choosing domain names and registrars). The core team is composed of both public faces (myself and Riccardo Spagni/fluffypony) and private faces (the other core team members) located on various continents with widely different timezones, making sure that core devs are avaialble 24/7. This extends to technology too. When implementing something, we keep in mind how it will affect decentralisation. We recently released the first Monero torrent and we also created an open standard for simpler sending of cryptocurrencies, OpenAlias.
The smart mining forthcoming feature will allow transparent CPU mining on your own computer, far from the de facto centralisation of mining farms and pool mining. We intend to pursue Satoshi's original vision of a true p2p currency. "Get millions of users doing that and it will drive down the value of mining to where neither botnets nor professional/industrial miners will bother, and Satoshi's original vision of a true p2p currency will be realized." (smooth).

Monero is meant to stay. Long. This means it must be able to be adopted by anyone, that anyone can use it. Open-source is a given and smart mining participates of it too. But beyond this, we chose a currency code a.ka. ticker symbol (XMR) that adheres to the international monetary standard ISO 4217. We are doing our best to follow technological best practices. Recently, we worked with Kitware to have our Cmake tool adhere to the best practices and we will soon transition to semantic versioning (semver.org). Similarly, the block time, mixin count… are designed (and sometimes redesigned) with long-term scalability in mind.
More importantly maybe, Monero doesn't suffer from some of the inherent flaws of many orther cryptocurrencies. Monero is fair-launched and doesn't have a 1 MB blocksize which limits the ultimate amount of transaction per day. Today, it doesn't matter much, but tomorrow when Monero will be much more popular, this will be instrumental in ensuring that Monero can continue to grow - this is the whole point of scalability: it may not matter today, but it does for tomorrow when it will be so hard to change it.
The same consideration are given to the emission curve. We believe (and we are not the only ones), that relying only on transaction fees won't be enough of an incentive for miners (remember: the core of the blockchain is to rely on an economic incentive, because it is not possible to solve the Byzantine Generals' problem with math alone). This is why Monero implements a "tail emission" that will kick off once the main emission is over, in less than eight years.
Scalability is not only about technology. It also about making sure that everyone gets their side of the bargain or else it will be rejected. That's why Monero is also optionally transparent. This means that, on a completely voluntary basis, one can give read access to someone else. Quoting fluffypony on reddit: "A view key can be used to reveal all transactions for an account. This means that companies could still be audited, charities could make their accounts publicly visible, and parents could see what their kids are spending the money on. Additionally, details of a transaction can be revealed via a similar mechanism on a per-transaction basis."
This is also to increase legitimacy that the Monero Economy Workgroup (disclaimer: I am an executive of the MEW) was created (what is MEW? - join MEW). The MEW takes decision (that, granted, the core team is not bound to accept, but refusing a widely adopted decision would cause turmoil) and since the MEW is meant to represent the will of most holders, it will increase legitimacy: something decided by the MEW is something most holders are willing to do. The debate on the emission curve is a perfect example: the MEW unanimously decided to not change the emission curve, and confidence went back immediately. Consistent confidence is part of scalability.
Security, decentralization, scalability. These are the three pillars of Monero. The vision of Monero is to be as future-proof as possible.

It is known that brain wallets were used during July 2015 Flood Attack : https://en.bitcoin.it/wiki/July_2015_flood_attack
The idea was based on filling the blocks with lots of small transactions. This is because of limit of block size (1 mb).
Gavin Andersen posted a series of blogs aimed at increasing block size to a larger number (20 mb) in May 2015. http://gavinandresen.ninja/time-to-roll-out-bigger-blocks
Later in June, CoinWallet.eu, an UK based bitcoin exchange announced several stress tests. (22-23 June & 29-30 June) https://bitcointalk.org/index.php?topic=1094865.0 https://bitcointalk.org/index.php?topic=1098263.0 and they planned another one later in Sep, but cancelled https://bitcointalk.org/index.php?topic=1175321.0
Bitcoin wiki listed a few suspects for July Flood Attack (started from late night 30 June). We noticed CoinWallet.eu will normally announce their tests and give detailed updates. They never used brain wallets in their announced tests. It's more likely to be someone else did the attack in July.
Someone found out bitcointalk.org user "amaclin" was using his "1aa" addresses to create small spam attack in July 2015.
https://bitcointalk.org/index.php?topic=1175321.500
("amaclin" also posted another similar type of attack in https://bitcointalk.org/index.php?topic=1166928, which is also very interesting)
Here we found and list 41 brain wallet addresses (uncompressed version) used in this attack. More 1.5 million txs in total. Later we will give a more detailed version in pdf and put a link here.
An example : password = "power" bitcoin address = "1HDmTVYGdpZhsZgZ2aDjKUWvMb1WTRucb6"
https://blockchain.info/address/1HDmTVYGdpZhsZgZ2aDjKUWvMb1WTRucb6
The passwords used are the following: power tom the peter god car password1 password sex bob dog cat wallet Bitcoin Password1 frog free Money cookie sarah tree Rob freemoney cool1 Money2 Hamster Sean travel password2 master cow cows best donkey poker blockchain Bitcoins nitro food bestest coffee
 Nicolas Courtois & Guangyan Song from UCL

He said this at today's Bitcoinference in Amsterdam in a discussion with Stellar's cryptographer, Kravchenko. He also accuses the Bitcoin... Supervisor: Nicolas Courtois" FC projects supervisor - A. Serguieva" Assistant Supervisor: Guangyan Song" Degree Programme: MSc Financial Computing" " " " " "" ———————————————————————————————— This report is submitted as part requirement for the MSc Degree in Financial Computing at University College London. It is substantially ... Within cryptography there is not so much really unhackable. Not everybody is really convinced that Bitcoin is unhackable. For instance Dr. Nicolas T. Courtois with ... Nicolas Courtois; In this paper we revisit some major orthodoxies which lie at the heart of the bitcoin crypto currency and its numerous clones. In particular we look at The Longest Chain Rule ... Nicolas Courtois GOST 28147-89 is a well-known 256-bit block cipher that is a plausible alternative for AES-256 and triple DES, which, however, has a much lower implementation cost.

Bitcoin and Cryptocurrency Technologies Online Course 263,963 views 58:42 What Bitcoin Private keys say to each other (Nicolas T. Courtois, October 2015) - Duration: 1:18:29. World's Most Famous Hacker Kevin Mitnick & KnowBe4's Stu Sjouwerman Opening Keynote - Duration: 36:30. Cyber Investing Summit Recommended for you http://bitcoinference.com/2015/How-To-Steal-Bitcoins.html Nicolas T. Courtois explains several methods which alllow to recover bitcoin private keys efficiently. The lecture took place on 29.10.2015. Slides: http://b... Nicolas Courtois is a cryptographer and senior lecturer at University College London. He has been studying cryptocurrencies for some time and has written a number of papers on bitcoin. His talk is ...